We’ve been asked to remind everyone of the protocol for flying circuits at Belrose, so here, first, are a couple of diagrams that were published in our newsletter in October 2008 and are worth repeating: 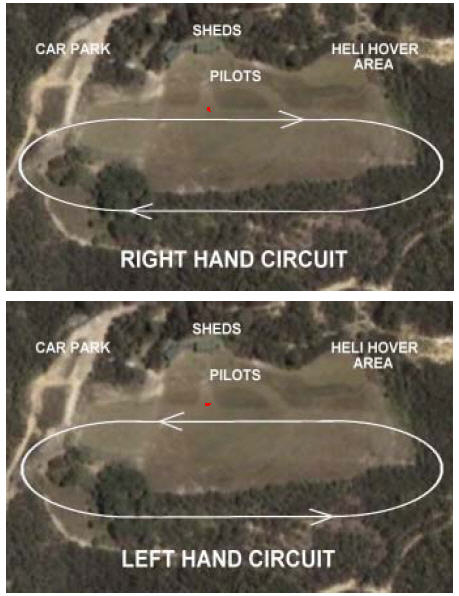 The general protocols are (using the internationally accepted ICAO terminology):

In the end, it is important to keep the fun element, and the above list, whilst lengthy, is there to avoid collisions, disputes and to minimise the risk of accident and, particularly injury. Nobody is exempt from these rules (this includes CFIs and instructors). Even the most experienced pilot should not be getting away with a little rule-bending.

It is every member's right and responsibility to protect our love of this hobby. Nobody should object to a friendly reminder from any other club member. After all, not everyone reads the website (YET).